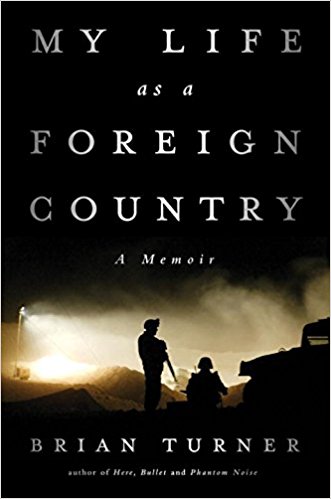 It’s weird, but for a guy who read nothing but chronological nonfiction for decades, you’d think my writing style would be more linear. It’s as if all that reading was mere foundation, but what I exposed myself to during my MFA has turned into the real reading that has whittled my writing style into some kind of form.

I was pretty happy when the news of this book hit the wire, especially after having read Turner’s book of poetry, Here, Bullet. And not because I enjoyed Here, Bullet so much (I did) as much as the advanced reviews were already talking about the radical fragmentation of My Life. Imagine me: looking for fragmented narratives and finding not just a fragmented memoir, but one written by a fellow veteran.

The book began as an essay of the same name for Virginia Quarterly Review (I know that thanks to an awesome Dinty Moore interview with Turner on the Brevity blog.) If you haven’t read the book, but want to take it for a spin first, read the essay. It’ll have you running for the “buy this book” link below.

The idea of breaking apart a narrative in memoir is a relatively recent phenomenon, especially in war memoir. Only Herr’s Dispatches fits the mold; the riskiest form anyone else reaches would be memoir-in-essay (Wolff, and he didn’t do it until the 90s.) The Forever War has produced far more traditional memoir structures than it has open forms. So, it’s hard to overstate the importance of an example of something you’re trying to do, by a writer who kind of looks like you, related to an experience you both share to a certain degree. Which isn’t to say that I want to write books that look just like Busch’s, Castner’s, or Turner’s. I don’t, but it’s also helpful to see what works/what doesn’t.

There’s not much of the latter in My Life as a Foreign Country. Perhaps the most postmodern of war memoirs to date, it has, as Charlie Sherpa put it in his review of the book, enough poetry, fiction, and nonfiction within its pages to satisfy a reader of any genre. And it’s that pastiche of genre that I took to be the most important craft takeaway.

I put the technique to work in an essay that I was working on when I read My Life as a Foreign Country. It’s probably not writer-cool to say, but fully half or more of my essay “Calling Jody with the Ghost Brigade” for The Normal School was inspired by Turner’s example of allowing room for imagination within a nonfiction narrative. It’s certainly not for everyone, as evidenced by the twenty-odd rejections I received before The Normal School accepted the essay. But I was happy to get it out into the world, and I think it’s a fine example of being inspired by a technique enough to try it out, and experiencing some success with it.

I have Big Opinions on the unacknowledged link between postmodernism and contemporary memoir that I hope to publish somewhere tweedy in the months to come, but that’s for another today. Today, it’s enough to say that My Life as a Foreign Country is a great book, and genre-challenging example for any writer looking to push the form. Oh, and you should totally buy the book. 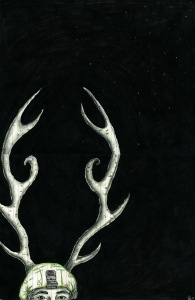 As a writer, I have identified myself as a veteran writer. It’s in all my bios — hell, it’s right there on my “About” page on this website.  And there was a time when I thought this was useful, that it might help me stand out in a crowd, keep things cold for my snowball’s chance at publication. But lately, I’ve wondered. On one hand, there appears — and this is purely a non-scientific observation — to be a desire across the reading public for the veterans of The Forever War to represent their experiences. But on the other, the last thing any writer wants is to be pegged as The Writer Who Writes One Thing. Especially if the one thing turns out to be something that doesn’t sell all that well.

During one of my MFA Residencies, a friend said, “You only write about war.” I reacted predictably, which is to say, I was a self-righteous jerk about it. Truth is, if you expand the war category to include general purpose military experience, I’m pretty much in a box of my own making.

Of course, I’m not alone in this. In fact, the company is fine, and as I discussed in my post on AWP, it’s an honor to work alongside all of them. We support each other the best we can, whether through introductions to agents and editors, manuscript reads, and encouragement through whatever means at our disposal. This, of course, is the happy upside. We do not, in my experience, view each other as competition. It’s a strong bond, one of the things that makes us unique.

Smarter folks than me have already weighed in on this subject. Matt Gallagher wrote a great op-ed for The Boston Globe that considered the issue of veteran identity following WWII versus today. And while he doesn’t address veteran writing specifically, his final words seem to imply that he believes it’s best not to make an enduring thing of it. Luckily, the irksome sense of entitlement that has begun to accompany what some call “professional veterans” has not shown up in the writing crowd, to my knowledge anyway. Quite the opposite, as a matter of fact. To a person, everyone I’ve interacted with has been humble and thankful.

I think so long as we all understand that our writing is what matters, that no label an an author bio can elevate a story that is not well-crafted, we’re going to be just fine. For the time being, many of us are just writing what we know, which is always good foundational advice. If this is the box we find ourself in, I’m pretty sure it’s got great big, airy windows and doors that open both ways. 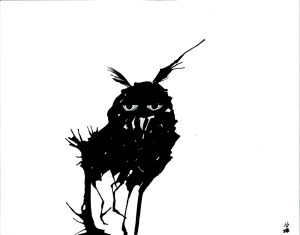 Last week, I linked to Teresa Fazio’s op-ed on Marines United and mentioned what a fan of her short stories I am. I was tickled yesterday to see that her story “Float” went live on the Consequence Magazine website. It’s a great magazine with both nicely presented online content and a print issue, all devoted to myriad investigations of war.

Jesse Goolsby selected it as the 2016 fiction contest winner. I strongly recommend you check it out, especially if you’re interested in seeing how women veteran writers are crafting narratives regarding their time in the service:  Float