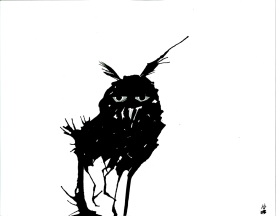 Sometimes, you read a publication and think that’s where I want to be. The first time I read Meter Magazine, I knew I’d found an aesthetic that matched mine. It was writing focused, which is to say that of course all magazines feature writing, but that doesn’t make the writing worth reading. And when it comes to writing about running, the last thing I want to read is another 250 words on how to train for a marathon on 10 miles a week.

The heritage of the running is so rich, so ancient, for crying out loud, that I’ve wondered why writing about it has gotten so damned boring. Anybody remember The Runner’s Literary Companion? My goodness, there was some incredible work in there. Sure, we had to put up with AE Housman (groan) but we also got  some killer writing by Whitman, Sillitoe, and Joyce Carol Oates. And of course, no discussion about running writing is complete without mention John L. Parker, Jr. and my favorite sleeper, Haruki Murakami.

Reading Meter, I knew I’d found a publication that believed running was worth art. Immediately, I started thinking about how to write for the magazine. The magazine is published by Tracksmith, a new running apparel company out of Wellesley, MA. My initial queries to customer service didn’t get too far, nor did I expect them to jump at that chance to publish someone untested when they could get Toni Reavis or Chris Lear on board. Regardless, I started drafting something about a very cold run I took one winter day in Alaska.

When the time was right, I pitched the editor on the piece, which had morphed into something I didn’t foresee when I began. It started as a pretty straightforward exploration of what it takes to run in the Alaskan winter. But as I added context through layers of scene, I realized there was something else about running I wanted to get across. How it has been there for me through a lifetime of war, a common thread even. And how sometimes it has felt like running has gotten me through difficulties along the way.

In other words, it grew legs. Took on a life of its own.

“42 Below” ran on the Studio Tracksmith page a week ago, and I’ve had some very nice feedback since then. Which is nice, but not really the point of this blog post. The point is that when you believe in a project, you find a way to make it happen. Do the work required to make the project come to life. Write and edit and write some more. Go exploring and use social media to establish connections. Exercise patience with the knowledge that time tends to make all writing better.

Hopefully, you’ll see me in the pages of Meter some day soon. But until that day, this little victory is going to keep my hope meter at least half full.