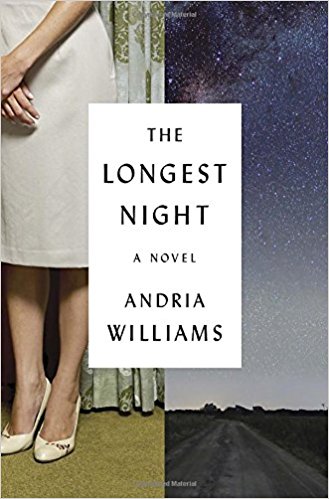 It’s easy to forget that the Cold War was this nation’s longest war. Punctuated by two “hot wars”–Korea and Vietnam–in addition to a host of nasty brushfire affairs across the globe, the Cold War shaped the country for half a century. I may have been a child at its end, but I remember its influences well: the “Fallout Shelter” sign with radioactive symbol that adorned the neighborhood middle school, Twilight Zone episodes concerned with nuclear apocalypse, movies like Red Dawn and Russkies, the song “Wind of Change” (The Scorpions) that celebrated glasnost. Two superpowers locked in a nuclear struggle for global domination. Ah. The good old days.

Andria Williams‘ debut novel is a fictionalized account of a little-known 1961 nuclear reactor disaster outside of Idaho Falls, ID, in the early middle of the Cold War. Before reading the book, I had no concept of the SL-1 meltdown or the scale of military attempts to develop scalable nuclear power, so Williams hit one of my marks for good historical fiction: I learned something.

Which isn’t to say the book only delivers one half of the Delight/Inform Contract–It is a superbly-written story of prototypical suburbia at its nadir, complicated by the expectations of a military family. This last bit is what sets The Longest Night apart, which benefits by superlative comparison to Updike’s Rabbit series: Williams smiles as she burns the facade to the ground. And where Updike lays claim to an experience I’m not sure he’s all the qualified to possess, Williams nails the minefield that is the Military Family as monolith, and using the 1960s to do so is just a stroke of pure genius.

What writing lessons did I draw from the book? First, I need to read more women authors. Turns out that in the past couple years, while I’ve found essays by women to be those most formative to me as a new writer, most of the books I’ve read have been written by men. The most immediate issue this presents craft-wise (to say nothing of publishing trends) is the lack of experience in which to ground the writing of women characters. Williams’ protagonist, Nat, is a complex woman worth study in terms of a what Alice LaPlante might refer to as a “round character.”

Second–and this one is more on the Values side–but The Longest Night reminded me of a craft talk that Jan DeBlieu gave at my last Residency regarding the responsibilities of writers. One of them, Jan said, is to give voice to the voiceless. The experience of the military spouse has been damn near non-existent in the canon of military literature; Brava to Williams for introducing Nat to the canon in such fine fashion. It got me thinking about what I should be writing about on the nonfiction side, what stories are out there right in front of my nose but haven’t been told.

The Longest Night is a great novel, and I encourage you to read it for yourself so that you can draw lessons from it for yourself. You can buy the new softcover version on Amazon.